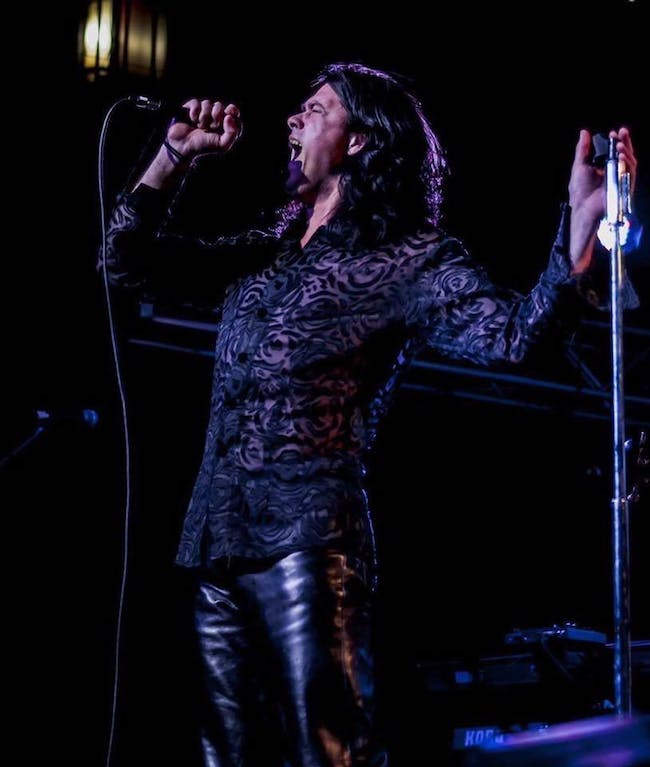 Bitten by the music bug at the age of 6, Cory was first introduced to the likes of Led Zeppelin, Aerosmith, Kiss, Alice Cooper, Cheap Trick, and Peter Frampton by his eldest sister, Michelle. He knew from that moment that he wanted to ROCK OUT!

At 13, he began making a lot of racket playing in garage bands, talent shows, and at friends' parties. It wasn't long before he, and his trusty fake ID, made his way into the booming South Jersey/Philadelphia club scene to watch and learn from his home grown heroes - Cinderella, Britny Fox, Heavens Edge, The Hooters, Tangier, Robert Hazard & The Heroes, The A's, and Tommy Conwell & The Young Rumblers.

At 20, because his fledgling talents were garnering some local attention, he found himself recording the full length, self-titled LP "Razamanaz" with Michael Kelly Smith (formerly of Britny Fox/Cinderella) as the lead vocalist and rhythm guitarist. In 1997, LOW was formed with Cory at the front and featured Doro Pesch members - Nick Douglas, Johnny Dee (formely of Britny Fox), and Mario Parrillo. The bands' first EP, the self-titled "Low," was receiving some airplay and gathering quite a bit of steam before being halted by the heartbreaking and untimely death of Mario. Cory continued to hone his skills, spanning hundreds of shows along the eastern seaboard - from New York to Florida.

In 2004, Cory auditioned at the infamous CBGB's in NYC, for the upcoming first season of the reality show Rock Star: INXS. While JD Fortune ultimately gained the spot to carry on as the singer for INXS, Cory continued to keep the music, and the talent of Michael Hutchence and INXS, alive by performing their music, along with a classic catalog, with the various projects he formed in the decade since then.