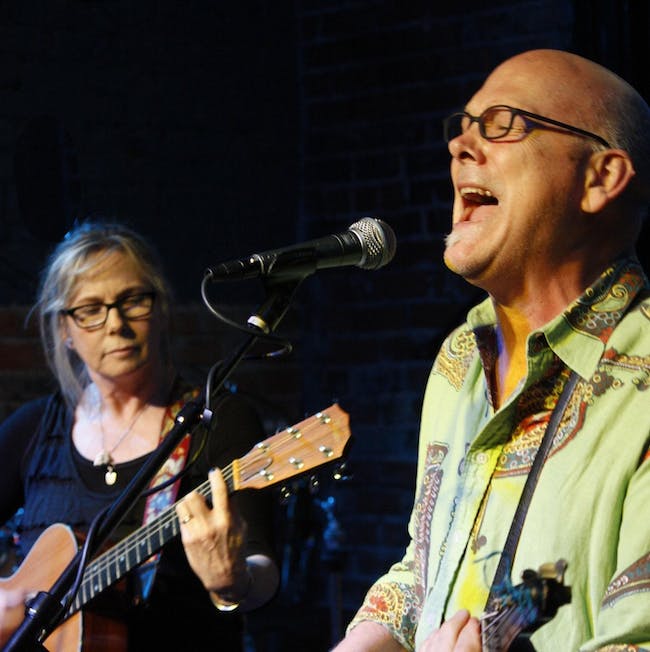 Marti and Don have played shows all over America and Europe since 1985. Sometimes they have a band, but mostly it’s just the two of them performing. As a duo, they’ve been together for longer than Sonny and Cher or Donnie and Marie. They have twenty-four records between them and don’t feel a day over 40. They’ve had songs in movies and on TV. Dixon has produced a lot of records for everyone from James McMurtry to Marshall Crenshaw, from The Smithereens to R.E.M., but he’d rather sing. Marti’s been doing more painting than singing in recent years but she’s always ready to hit the stage with Dixon. In a world of cute-singing duos, it’s hard to compare these two to anyone else. They don’t sound like anyone else. They just sound like old folks who sing from the bottom of their toes.