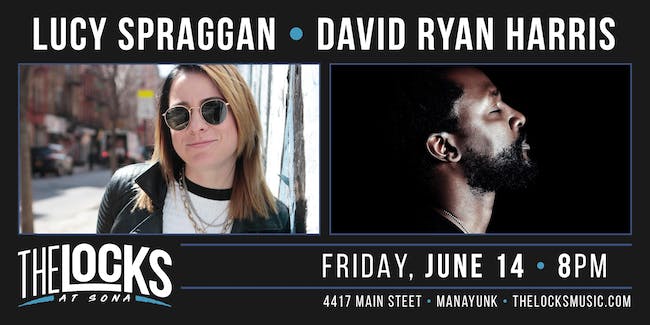 Lucy Spraggan is in a good place and wants to share it with you. She is happy in love, life and music: three things that are reflected in the anthemic, upbeat, and infectious sound of her new album. The past few years have been the best of times for the singer-songwriter and Today Was a Good Day sings that message loud. The UK has one of the highest youth suicide rates in the developed world and an evergrowing incidence of mental health difficulties across our population: Spraggan’s personal experience of dark days compels her to pass on the message of hope that forms the backbone of this album.

It’s been seven years since Spraggan appeared on the X Factor in 2012 and she’s open about the difficult times when she felt suicidal. “I was a young person with fame and money in my pocket. I was dragged from club to club to play and given free booze,” says Spraggan. “I’m not sure where I would be without it the experience, but it was just too much for my brain. I was drinking and partying and in a terrible place.”

She reached her lowest moment driving down a motorway 2013. With her foot on the accelerator at 120mph, she closed her eyes. “I was about to turn my wheel into the central reservation when my dog (her Boston Terrier, Steve) sneezed. I knew I couldn’t do it to him and he saved me. I came straight home and started Cognitive Behavioural Therapy and my recovery started from there. It opened the door to hope.”

Spraggan wants use her experiences to help others. Last year, she released ‘Stick The Kettle On’ – the first track on this the Today Was a Good Day album - in support of CALM - The Campaign Against Living Miserably. The track was written with Roy Stride (Scouting For Girls), and Stride and Spraggan decided work with CALM to help people who suffer with mental health issues.

Today Was a Good Day marks a new chapter for Spraggan musically. She signed a new record and publishing deal with Cooking Vinyl in 2018. The new album, produced by Jon Maquire showcases Spraggan’s voice in the structure of the songs. Overall she sounds at her most confident and accomplished, and ready to build on her 50 million views on YouTube and 25 million streams on Spotify. The most Googled musician of 2012, Spraggan was the first X Factor artist to play Glastonbury and will perform there again this year on the Avalon Stage after filling the Acoustic Tent in 2017.

Spraggan’s invitation to support Melissa Etheridge on tour across Europe and the UK will surely be one of the highlights of 2019, despite coming so early in the year.

As Spraggan announces headline shows across the UK, Europe, and the US in 2019 her thoughts are never far from juggling home life with that one on the road. “The past few years have been the most important in my life. Settling down, getting married and planning a family - I just want to share my story and get out there and play.”

Singer, songwriter, and multi-instrumentalist David Ryan Harris always sings, writes, and performs with soul. Whether it be in early bands such as Follow For Now and Brand New Immortals or over the course of six full-length solo albums, he tells stories that

resonate. He’s carried this same spirit while performing with the likes of John Mayer, Dave Matthews, and Santana or producing for Cassandra Wilson and Guy Sebastian— with whom he co-wrote the RIAA platinum-certified “Battle Scars”.

Most recently, it drove 2015’s Lightyears, which boasted guest spots from John Mayer, India.Arie, and Nikka Costa. He received acclaim from All Music Guide, Glide Magazine, Elmore Magazine, Performer Magazine, AXS, Relix Magazine, and many others in addition to performing on Fox, CBS, and The CW in between packed tours. His next chapter unfolds on his 2017 seventh offering Songs For Other People.

In order to track Songs For Other People, he tapped the talents of drummer Terrence Clark who he met on YouTube, keyboard player Zach Ray, and GRAMMY® Award winning producer Mike Elizondo [Eminem, Dr. Dre, Fiona Apple, Maroon 5] on bass. They cut the album’s seven jams in less than three weeks’ time during 2016.

Between returning to the road on guitar duty for John Mayer in 2017, Harris will be performing across North America on solo shows.