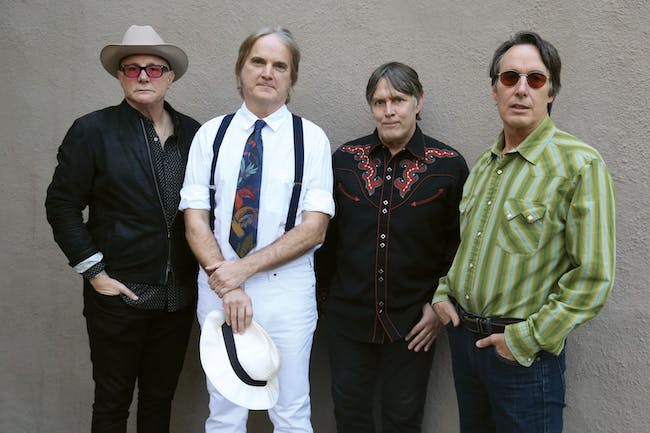 The Long Ryders were formed in 1982 by young American musicians influenced by Gram Parsons, C&W, Sir Doug Sahm, and the energetic punk scene found in their hometown of Los Angeles. The Long Ryders were a near - perfect anecdote to formula stadium rock and wimpy synth - pop.

The band featured Sid Griffin on guitar, autoharp, and harmonica, Stephen McCarthy on guitar, steel guitar, mandolin, and banjo, Tom Stevens, bass, and Greg Sowders, playing drums and percussion. With a sound reminiscent of the Buffalo Springfield and The Flying Burrito Brothers, but with a harder edge, they anticipated the alternative country music of the 1990s by a decade.