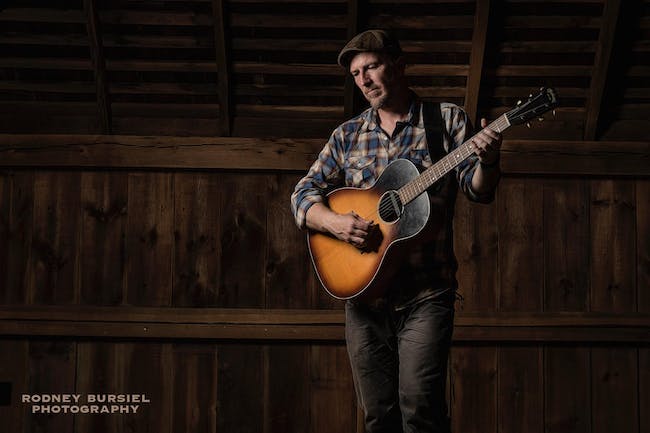 Peter Mulvey has been a songwriter, road-dog, raconteur and almost-poet since before he can remember. One of four brothers, he was raised working-class Catholic on the Northwest side of Milwaukee by parents who met as teaching volunteers in Central America. Inner-city life fell hard on him but harder on his classmates, leaving him with a restless view of the long journey America still needs to make, if it wants to live up to its promise.

Coming up through public schools and then a Jesuit university, he took a semester in Ireland, and immediately began cutting classes to busk on Grafton Street in Dublin and hitchhike through the country, finding whatever gigs he could. Back stateside, he spent a couple years gigging in the Midwest before lighting out for Boston, where he returned to busking (this time in the subway) and coffeehouses. Small shows led to larger shows, which eventually led to regional and then national and international touring. The wheels have not stopped since.