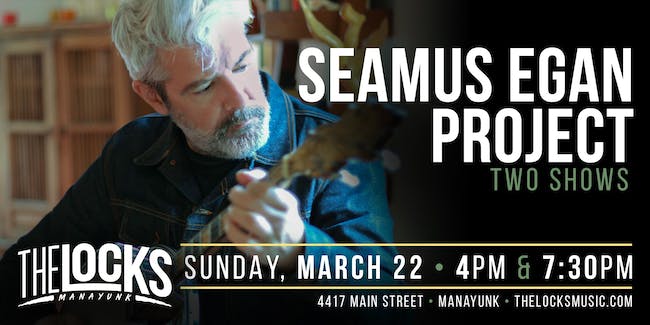 Seamus Egan has never been one to stand still artistically. In fact, it’s fair to say he’s been at the center of the new Irish music scene in America for over twenty years, at the head of the supergroup Solas.

Now with Solas on hiatus, he releases Early Bright, his first solo album since the much lauded release of When Juniper Sleeps. Set for release in early 2020, on Early Bright we once again see him shining as an instrumentalist, playing tenor banjo, nylon string guitar, low whistles, mandolin, keyboard, and percussion. From the first, delicate opening notes, through to the melancholic yet hopeful, closing track, Early Bright showcases the virtuosity Egan has become renowned for, while also focusing on his stunning original compositions. He has written music borne of childhood memories, of ruminations on our need to connect and our need to be heard. It is music borne of change and new beginnings.