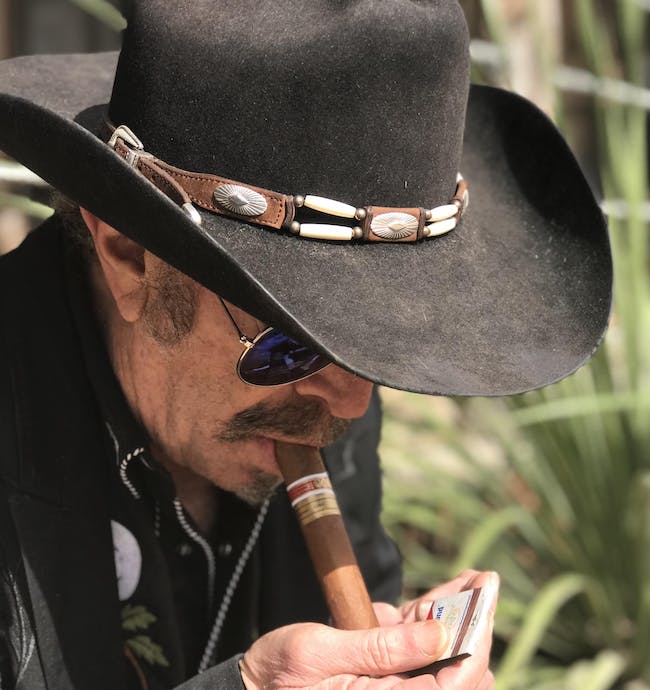 Cleve Hattersley Tells His Own Tales, From His Book, Life Is A Butt Dial

(Austin) Twenty-five years after leaving the road in the middle of Kinky Friedman’s sold out two week run at the LA Improv, worn to a nub, and swearing he would never tour again, Cleve Hattersley is hitting the road with his old pal. He has written a tell-all, full title Life Is A Butt Dial - Tales From A Life Among The Tragically Hip (YES Publishing Austin, Texas), so wicked, it was rejected by the Texas A&M Press as “too real.” And Kinky is giving Cleve the platform to bring the too real to the unsuspec

Cleve and his wife Sweet Mary, who will be appearing with him to perform a few songs between short readings from the book, are true Austin legends. Their band, Greezy Wheels, members of the Austin Music Hall Of Fame, played some of the most important shows in Texas history, including Willie’s first big show at the infamous Armadillo World Headquarters, the one that found his true fan base and propelled him to his superstardom. Those fans were Greezy fans.

Cleve’s book tells that story and many, more. Cleve witnessed the entire cultural (and sometimes violent) revolution of the sixties. He smuggled large amounts of pot, spent time in the Huntsville State Penitentiary for his indiscretions, and managed and booked two of New York City’s most infamous clubs, the Lone Star Cafe and the Blue Note Jazz Club. Whether it was catching Hendrix audition for a gig he didn’t get, playing water tag in LA with Jim Morrison, or getting kicked out of the Mean Fiddler, the toughest Irish bar in London with Townes Van Zandt, Guy Clark, and Kinky (and they were all on their best behavior!), history has unfolded in front of Cleve throughout his extraordinary life.

Coinciding with the release of the book, Greezy Wheels is releasing their final studio album, Ain’t Quite Like That, on their own MaHatMa Records label. Cleve wrote all the originals on the cd, which is already being called “a masterpiece.” Of course, the cd will be also be available at all tour stops. Imagine that: Kinky and Cleve, together again. Perish the thought.