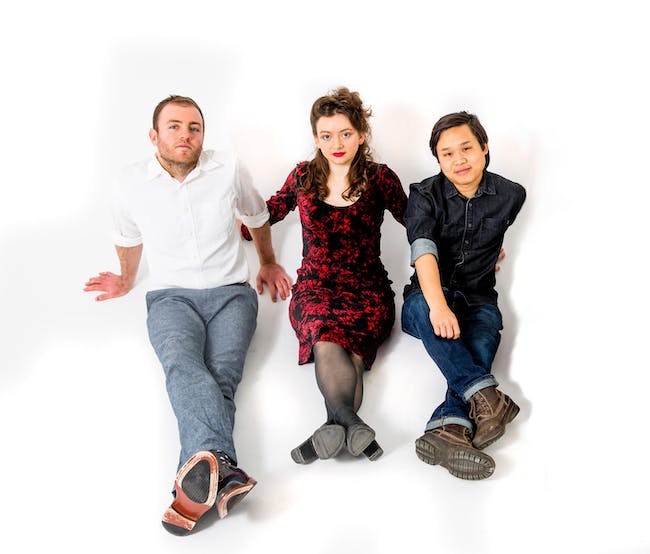 cassidy and the music

On June 8, discover Dreams, the new EP from Twisted Pine. Praised by NPR for their

wrote every song on their acclaimed, self-titled 2017 debut album. Now, after their

record inspired interpretations of Blondie, The Beatles, The Cranberries, and others.

Parks (fiddle) and Rachel Sumner (guitar), who weave a sweet and spooky harmony on

Robbery,” an unforgettable cruiser sped along by the airtight rhythm section of Dan Bui

which, in spite of its name, makes you feel like doing nothing else.

of Monroe’s “Kentucky Waltz.” Parks doesn’t so much bend the lyrics as sculpt them,

while she, Bui, and Sartori dig deep into the groove bag for a dexterous and soulful string

interlude. Vulfpeck’s “El Chepe” and an elegantly far-out “Lucy in the Sky with Diamonds”

complete the fun and free-spirited offering.

Though steeped in traditional music, these musicians are also fearless, tuneful

improvisers and passionate lovers of pop. Each member impresses on their own, but the

ensemble playing and arrangements, incorporating tasteful hints of percussion and

keyboards, create a sound that is more than the sum of its parts. Even when Twisted Pine

plays the music of legends, what you hear most of all is their singular voice.

Dreams is a proud production of Signature Sounds Recordings. Be sure to see Twisted

Pine on tour throughout the spring and summer of 2018, bringing what one critic has

called a “charming as hell” live show to stages from Maine to Texas.